It was my sister-in-law’s birthday on Monday. She is one of these people who really appreciates hand made things so I decided to make her a scarf. I haven’t knitted in quite a while as I get problems with my hands when I do. I have carpal tunnel syndrome and knitting for too long makes my hands go numb. It isn’t a big deal, it simply means that I have to start projects early enough to give me ample time to finish them.

The wool I used for the scarf is 65% merino wool and 35% Tussah silk. It is lovely and soft and very nice to knit with. The pattern is the Bluebird Scarf by Breean Elyse Miller, a free pattern on Ravelry. I found it quite difficult to block the scarf once it was finished as I made it a bit longer than I realised. In the end I put two towels on the floor of Little Miss Bossy-Boots’ room. I din’t have enoough pins so the edge is a bit wavy. Furthermore I had to move it twice!  Here it is though in all it’s glory: 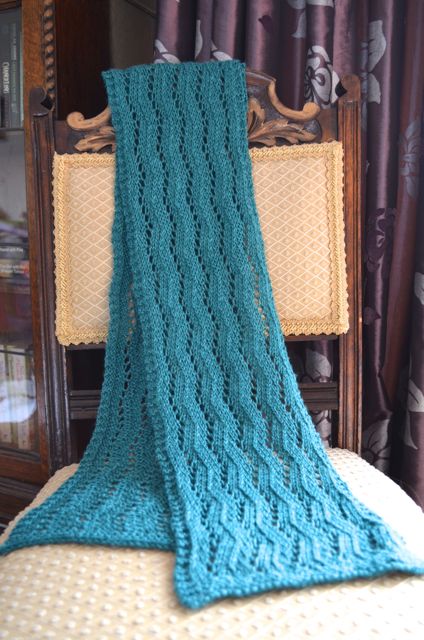 Well, almost all it’s glory… I even love the back of it. 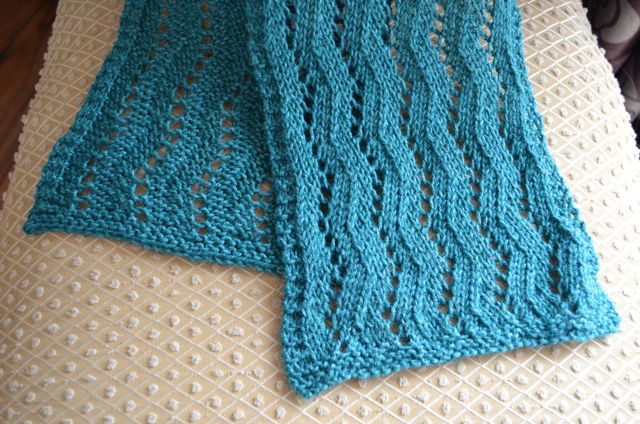 Now, I just hope that Rachel likes it.

It isn’t easy to block a long scarf. Especially when you have to move it twice. 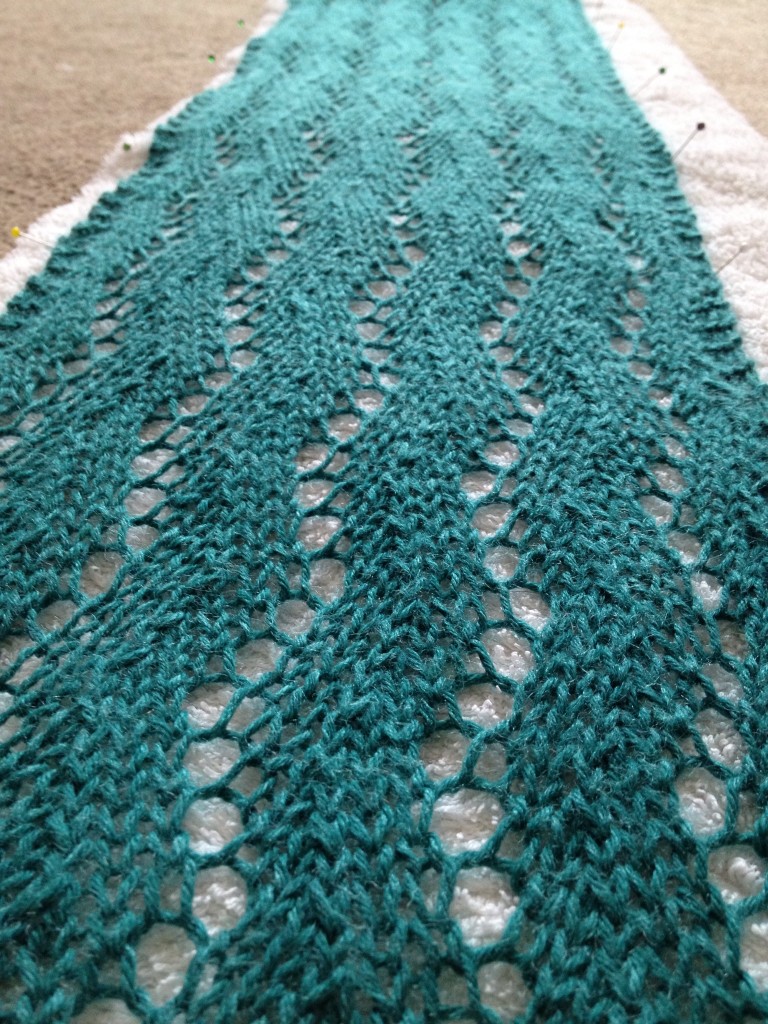 All the details and a proper reveal tomorrow.

Grüessech means “Hello!” in Swiss German. I’ve been enjoying some down time in Switzerland being spoilt rotten by my mum.

My mum has been knitting a scarf for Little Miss Bossy-Boots. It’s a lovely pink (no surprises there) and really soft. On top of that it’s really practical as it isn’t long and doesn’t have to be wound around her little neck. Little Miss Bossy-Boots hates everything that is restrictive and isn’t a fan of scarves at all. This one, however, she loves to wear. 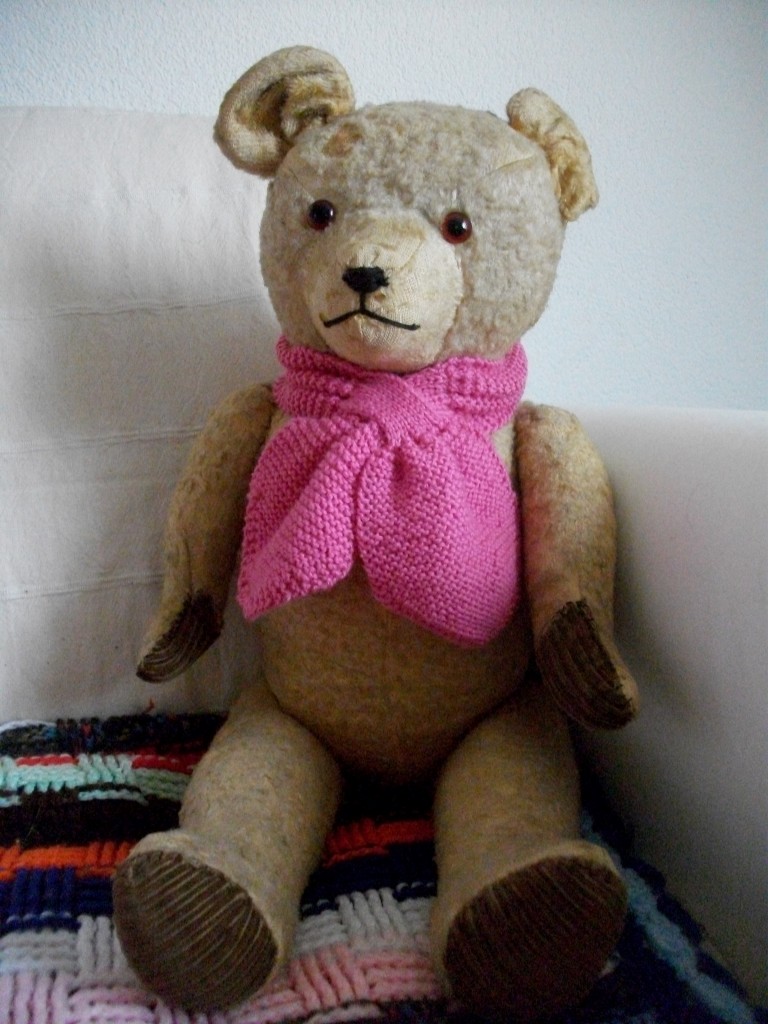 The end of the scarf slots into a loop which means it stays nice and snug around the neck and there isn’t a big knot which restricts movement of the head. The scarf is modelled by my Dad’s old Teddy Bear. He got him when he was two years old (my Dad, not the Teddy) and was afraid of him. I think the bear was just too big.

I haven’t been sitting on my hands either. Kris, my sister, brought me some wool which looks more like a net and is knitted with really big needles. It took me a little while to wrap my head round the concept of knitting with a net but once I got going I finished the scarf in no time. 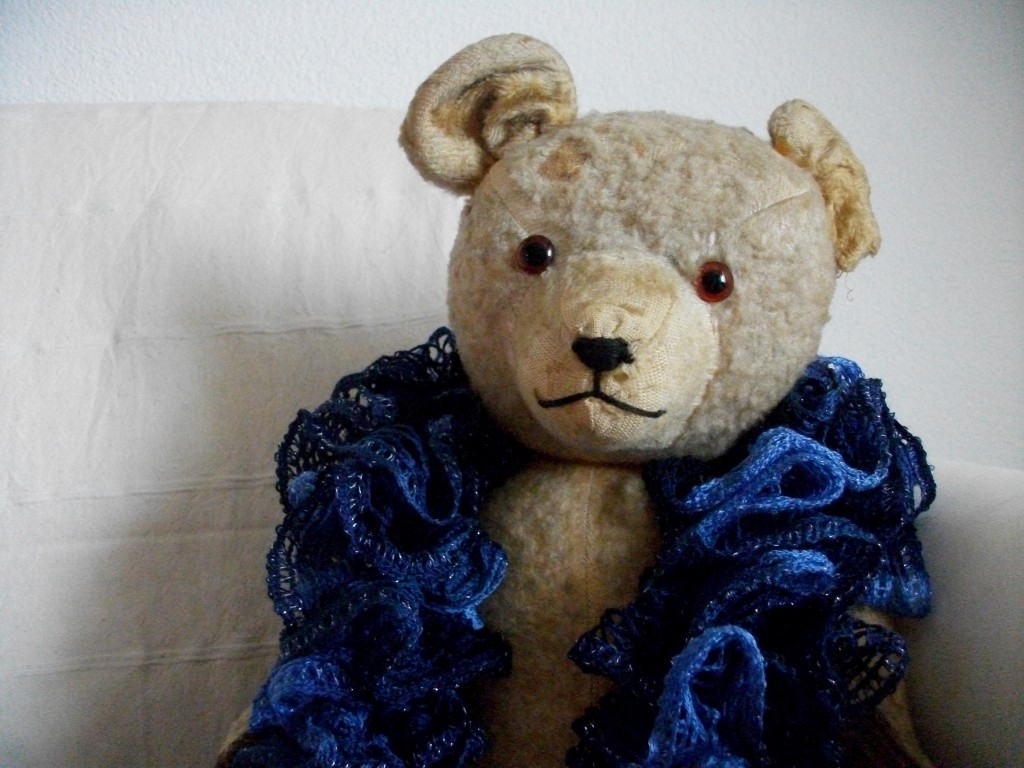 It looks almost like a feather boa and I’m not sure whether it’s really “me” so it might go to a new home at Christmas. Despite that I’ve started another one. Idle hands and all that….

Right, I’m off to eat some more chocolate. See you back in England.

Knitting is not my favourite hobby, I much prefer sewing or crochet but last Sunday I suddenly decided to take out the knitting needles and start knitting a scarf. A couple of years ago I saw a pattern I really liked in my Norwegian magazine “Hjemmet” which was knit in a really thick yarn. 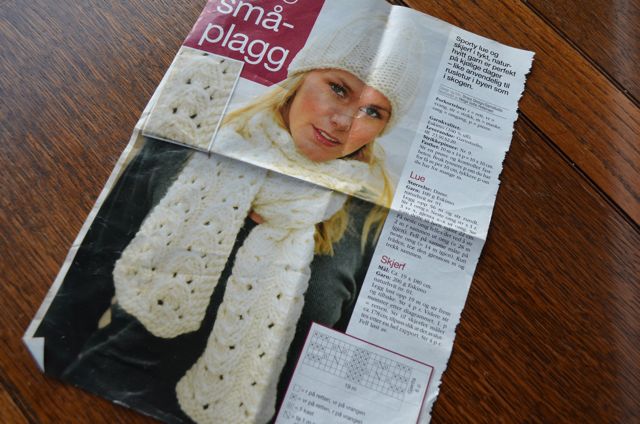 As I didn’t have the time to go to shop I rooted through my stash and found a lovely silk yarn that I bought about 20 or 25  years ago (it seems I’ve started a trend here) in a shop in Switzerland that has long gone. The silk is much thinner than the wool used in the pattern so I had to adapt the number of times the pattern is repeated. I basically repeated it four times instead of twice. I also made a mistake (I added a row that’s not supposed to be there) but as I repeated that mistake throughout my knitting I simply call it a variation rather than a mistake. Nobody will ever know…. 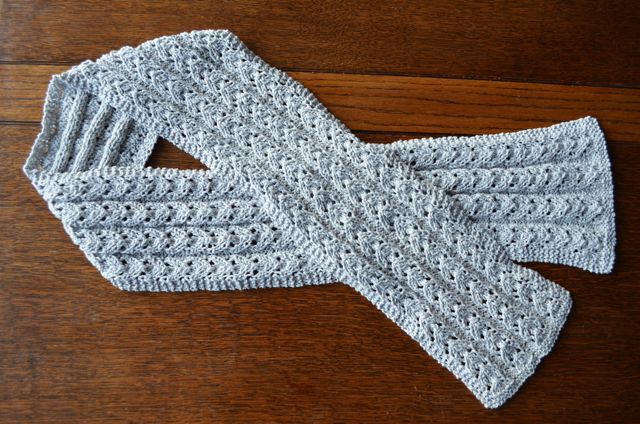 At first I was dubious about the whole project but now that I’ve finished it I really love it. The silk is very soft, warm and light. Oh, yes. I’m really looking forward to wearing this scarf. 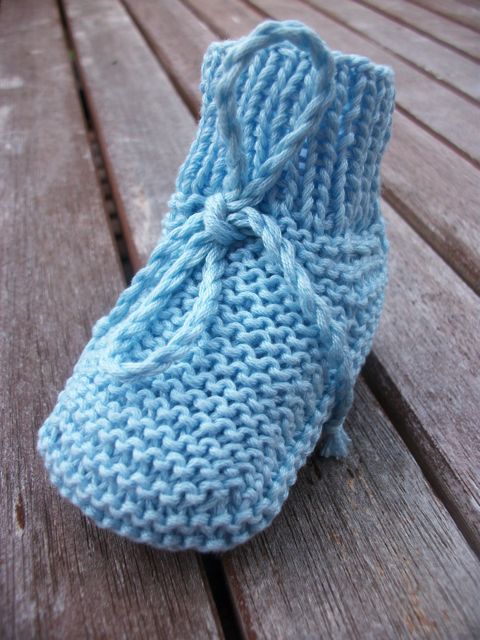 Hello! Isn’t that cute? No, I’m not trying to tell you anything but that I’ve been knitting.

The village we live in isn’t a big one but it has, at least for the next few weeks, two Swiss ladies living in it. Sadly, the lovely Christa is moving to Japan in July and I will be once again the only Swiss person in the village (she moved here about a year ago). A  little while ago she knocked on my door and asked whether I could help her with her knitting. When Christa was still in school she knitted a pair of baby booties which were worn by both her little girls. She wanted to knit some more of these booties as gifts but did not have a pattern and wasn’t able to find one. I had a good look at her booties and with the help of my mum, who had a similar pattern, designed these little booties. I’m quite proud of them as I don’t knit very often and only needed about three attempts to come up with this pattern. At the moment I’m writing up the pattern for them so that Christa can knit them at a later stage. Once that is done I might put the pattern up on Ravelry. 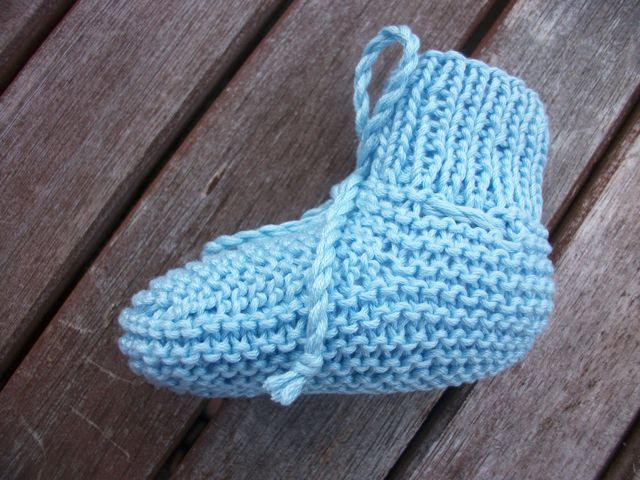 Here’s a view from the side. They are knitted with two needles and have a seam on the bottom and at the back of the booties. They are incredibly easy and quick to knit and could easily be made in one hour. I will definitely make a few to sell at the Christmas Fayre (thinking ahead!) or to have ready for little gifts, maybe with a hat.