I normally would answer ‘yes’ to that question as, to be honest, I simply haven’t got enough pins to fill that I have made and received. However, despite having a million and one pin cushions, the one next to my machine seems to vanish on a regular basis. I had a brainwave this week and made another pin cushion after all. One that won’t disappear; one that is attached to my sewing machine. 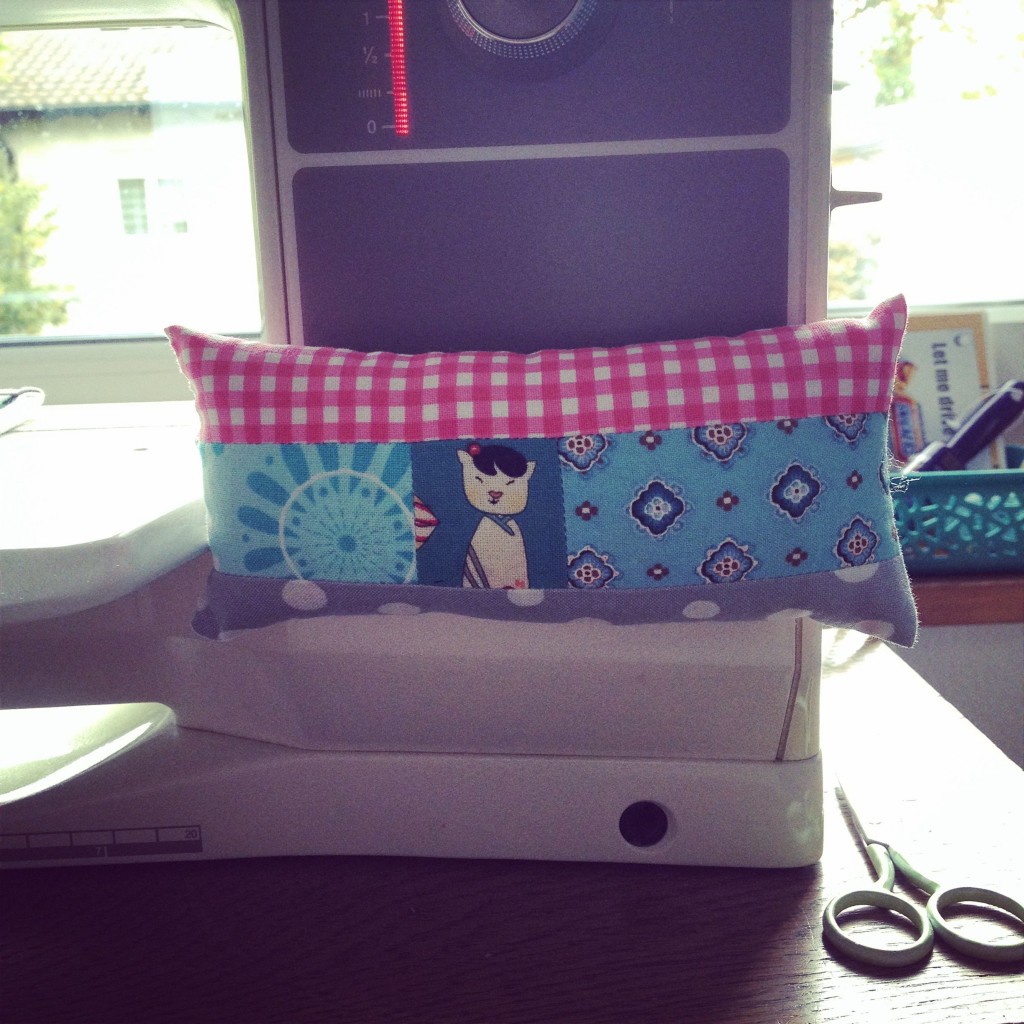 I literally whipped that up in about ten minutes, using a cheapo ribbon and popper to attach it to the machine.

I’ve already used it to sew another one as I thought I would write a quick tutorial on how I made it (I’m sure you can imagine how I made it but sometimes it’s just nice to not have to think about measurements and construction). Imagine my embarrassment when I managed to cut the ties too short. What is it they say ‘measure twice, cut once’? More like ‘measure once, cut twice’ in this house. So the tutorial will have to wait till next week when Little Miss Bossy-Boots is in Kindergarten. 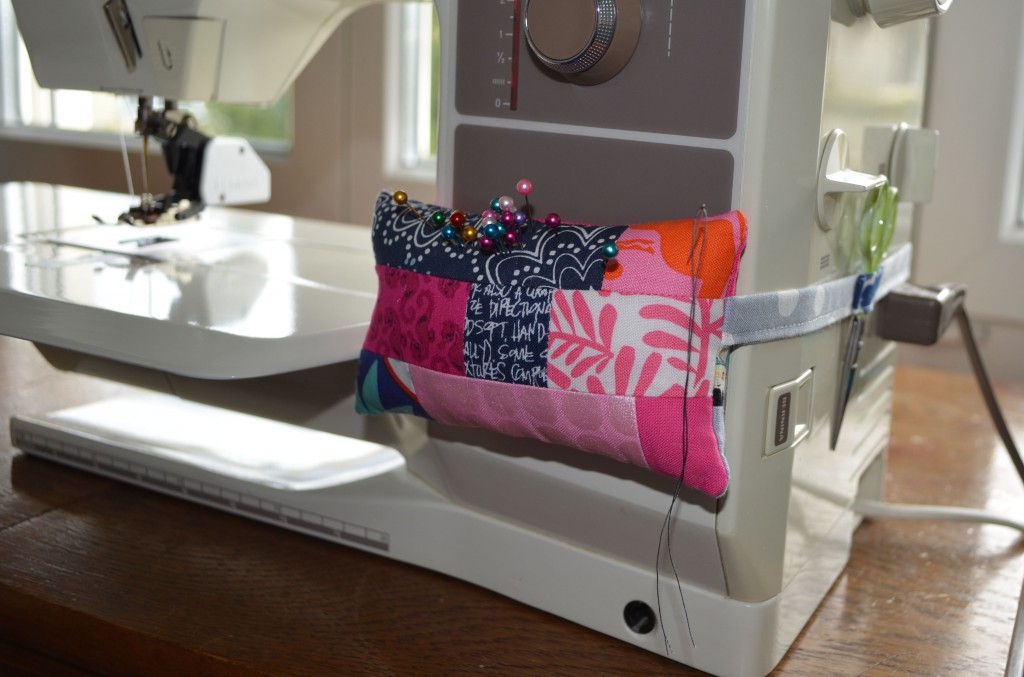 For this pin cushion I’ve added a little scissors holder (a very fancy description for a piece of ribbon attached to the tie) as those seem to go walkabouts all of the time too.

1 thought on “Can You Have Too Many Pin Cushions?”