Hello! Wow, that was a very long blogging break and I have missed it big time. What’s new? I’m now talking to you from wonderfully hilly Switzerland rather than very flat Cambridgeshire, UK and my sewing machines now have their own room rather than a corner in my bedroom. There have also been changes on a more personal level which I might tell you about at a later stage. Now I’m just happy to show you around my little sewing space. 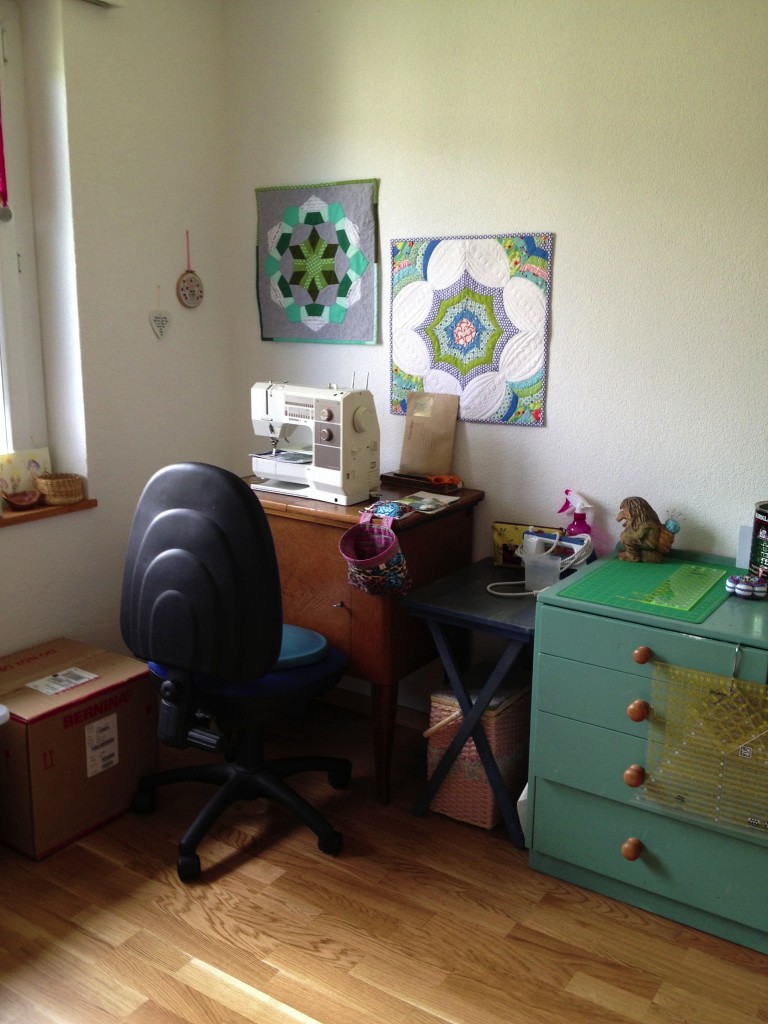 My sewing room was the first room I (almost) finished in my new flat. There are  still a few things I’d like to add such as a design wall and a few shelves but all in all it’s already pretty functional. I love the fact that I share this space with Little Miss Bossy-Boots. 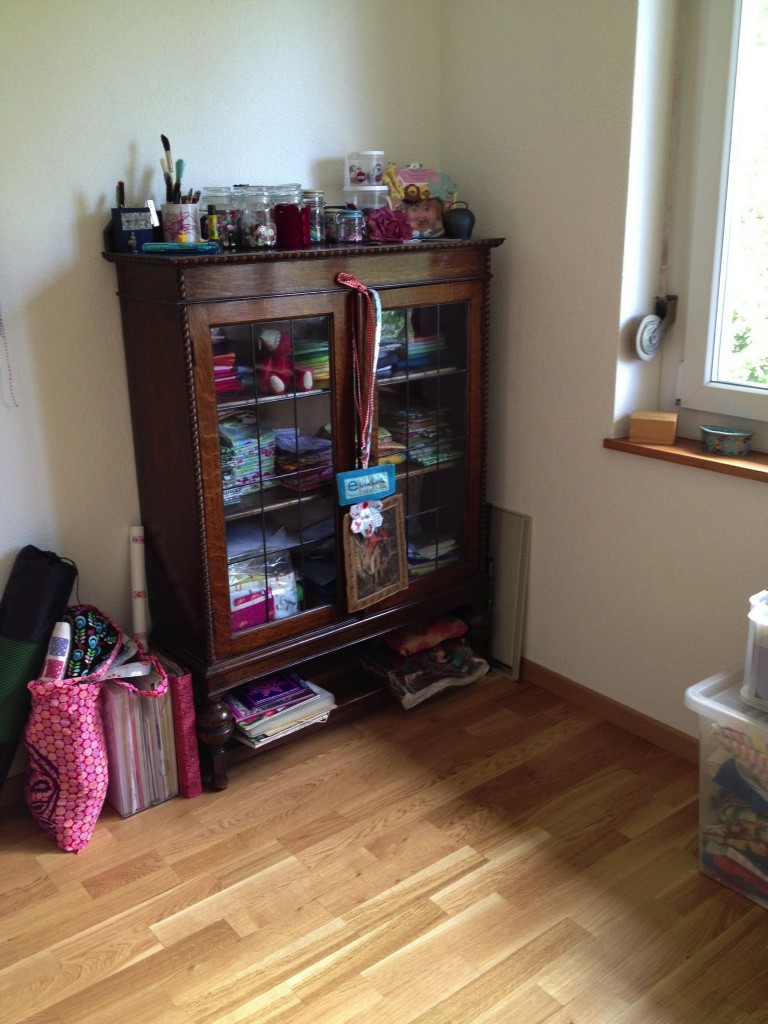 Below is her corner of the craft room as we call it. She loves to draw, cut stick and paste and I thought it would be fun if we could do it in the same place. I can sew and supervise or help if needed. 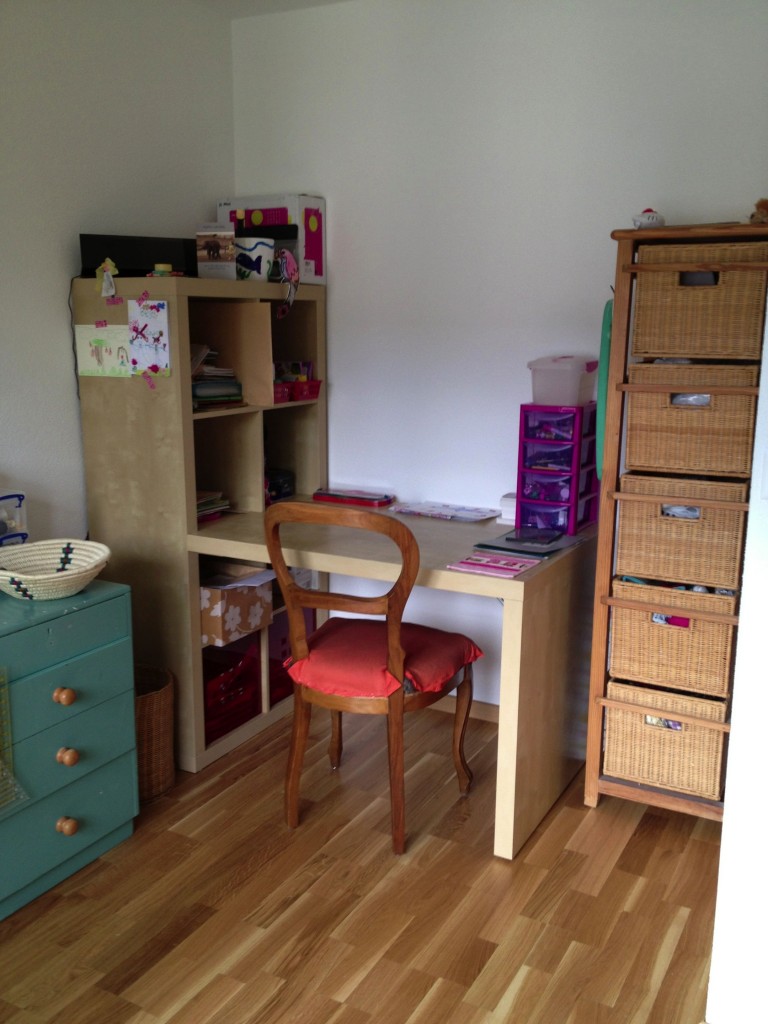 PS These pictures are from last week when the sewing room was still fairly tidy. Since then I’ve sewn a few bee blocks and started on a quilt using my hoarded Echo by Lotta Jansdotter. The sewing room is now very messy and needs a good tidy up. Hey ho, at least I’m sewing again.